Nigeria teeters between coercion and consensus building. The federal government should not succumb to the former, having already initiated wide-ranging consultations with national stakeholders, including governors, traditional rulers, women and youth across the country. 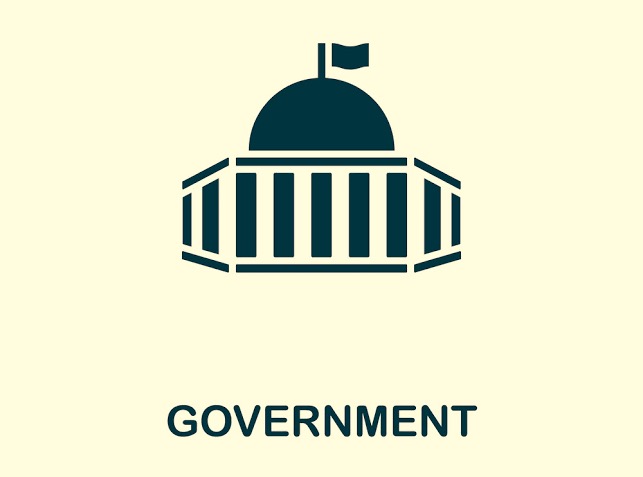 The notion of what constitutes the strength of government is often misconstrued with adverse consequences. As posited byOseloka H. Obaze in his new book, Waning Strength of Government, “the strength of government is not about military capacity or use of force; but about the rule of law, consolidating democratic institutions and entrenching the social contract between the government and the governed.” Governments,regardless of their stripes – democratic, authoritarian, military or totalitarian –are expected to fulfill the social contract towards their citizens by delivering on the core functions of state, particularly securing life and property of citizens, maintaining law and order, and providing basic social services. It is a government’s ability of to effectively fulfill these tasks that confer performance legitimacy on that government. In democracies like Nigeria, other core responsibilities includeupholding ordered liberties, passing the test of electoral legitimacy, promoting transparency, and protecting citizens’ rights to criticisms and dissent. Inherent in the latter, is unfettered political participation via rights to peaceful assemblyand protest.

The youth-driven #EndSARS protests, which erupted on 8thOctober, 2020 have severely tested the Federal Government of Nigeria’s ability to fulfill some core responsibilities expected of Nigeria as a major democracy. To appreciate the government’sperformance relative to the protests, it is imperative to underline the central premise of the protests: end all forms of police brutality, epitomized by the SARS. The #EndSARS protests threw into sharp relief the shortcomings of the SARS Unit. But October 2020 was not the first time there has been public outcry against SARS, which was formed in 1992. Indeed, the disbandment of SARS just three days after the eruption of the protests marked the fourth time in as many years such sanction measures were taken against the Unit. In disbanding SARS, Federal Government explicitlyacknowledged awareness of the SARS long-standing impunityand dysfunctions. It was ironic that SARS which was created to help government achieve the central function of securing life and property had itself become a threat to life. This paradox compels grasping the distinction between maintaining law and order, sometimes called law of rule, and rule of law. Typically, well-functioning democracies operate by rule of law not just maintaining law and order –which can sometimes becapricious. An unchecked SARS fell into the capriciousness trap – inflicting reputational damage on Nigeria Police and, by extension, successive governments.
While police brutality and extrajudicial killings were the proximate causes of the #EndSARS protests; the expanded list of demands put out by the protesters point to endemic structural causes that have been voiced by various stakeholders in the country over the years. Yet it was unreasonable to expect the government to attend to the long list of demands at once, not only because most of them would take time to implement, but would also require rallying a wide range of stakeholders to consensus on such measures. The FGN’s decisions requesting the Lagos State government to probe the events and shootings at Lekki Tollgate on the night of 20th October and the 36 States to establish judicial panels to investigate the atrocities by SARS Units are the right steps in the right direction. Even so, consequent actions taken by the government –such as freezing the accounts of those that extended financial assistance to the non-violent protestors –raise a heady question: How does the FGN view theprotestersand their supporters?
This calls to mind observations made by the 2016 Nobel Peace Prize winner, ex-President Juan Manuel Santos of Colombia, regarding his peace negotiations efforts with rebel Revolutionary Armed Forces of Colombia (FARC). As he remarked in a recent International Crisis Group podcast titled,“Hold Your Fire: What Makes Peace? “Government should aim to eliminate the enemy but defeat the adversary.” As Colombia’s Minister of Defence prior to becoming president, Santos came to believe that FARC had to be viewed as an adversary to be defeated or negotiated with. It bears emphasizing, therefore, that the spectrum of those who disagree with or oppose any government ranges from enemy toadversary, opponent, agitator, protester, traducer and critic. More importantly, peaceful protest as an entrenched form of political participation is second only to voting as a vehicle for expressing popular will in a democracy. Thus, the Federal Government should view the EndSARS protesters more as exuberant but frustrated youth exercising their rights to freedom of assembly and expression, rather than an enemy that poses an existential threat to the Nigerian State.The moral of President Santos’s advice is unambiguously obvious: there should be differentiated approaches to handling those who disagree with government.
Given Nigeria’s high youth unemployment and the youth’sgrowing sense of political exclusion, it was only a matter of time before that despairing combination triggered a crisis. The EndSARS protests foreshadowed such an event, whichhoodlums regrettably hijacked and caused chaos that undermined gravely the peaceful protests. It’s noteworthy that the youth’s initial five-point demands –releasing of arrested protesters, compensating the family of victims, investigating and prosecuting police misconduct, proscribing SARS, and reviewing welfare of police– were widely shared policy concerns. This explains the federal government’s swiftresponse to them. The protesters held up the mirror for society to see the accumulated problems from governance failures by successive governments.
Nigeria teeters between coercion and consensus building. The federal government should not succumb to the former, having already initiated wide-ranging consultations with national stakeholders, including governors, traditional rulers, women and youth across the country. Such confidence-building measures would, hopefully, promote consensus on modalities for tackling the problems that triggered nationwide youth protests. The Federal Government should not allow the present crisis to go to waste. Instead, the federal government should exhibit the strength of government and seize the moment by enacting public policies, which it can look back to with pride, as marking a turning point in Nigeria’s governance.

*Otobo is a Non-Resident Senior Fellow at the Global Governance Institute, Brussels.

Obaze is MD/CEO Selonnes Consult, and author of a new book, Waning Strength of Government