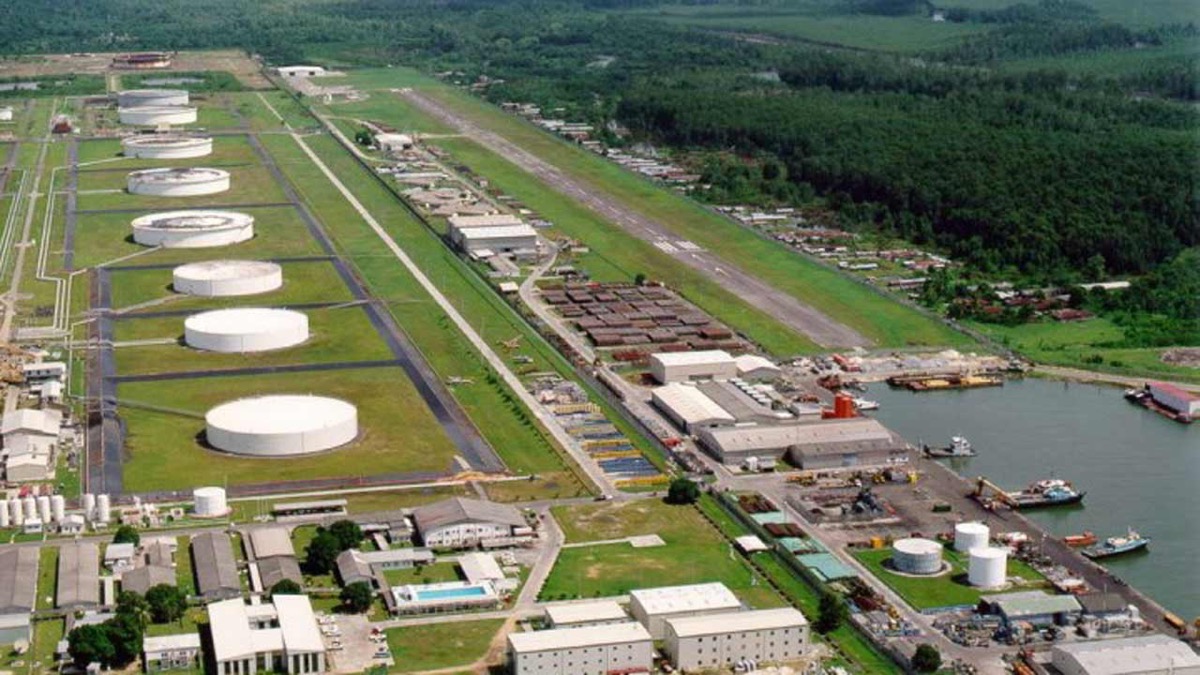 The oil resource curse has been Nigeria’s bane. This reality is well known. Yet no discernible effort is being made to transcend the pitfall, even as Nigeria’s political leaders, business elites and experts continue to exhort Nigerians to look beyond its oil era. In reality, it is not the vagaries of the global oil market or the growing emphasis on renewable energy that has posed the greatest challenge to Nigeria’s oil political economy, important though all these factors might be. Rather, it is the lack of political commitment to diversification coupled with corruption. This exemplifies the dissonance that has hobbled the nation’s oil industry and national growth. This paper highlights other sources of policy dissonance that continue to bedevil Nigeria’s oil political economy.

One dissonance is exemplified by talking down the importance of oil, reflected in statements like “agriculture will eventually overtake oil”, “technology not oil will drive the economy” and “Nigeria’s biggest export is not oil but its people”. The last point references the fact that remittances by Nigerians in Diaspora, which stood at $25 billion in 2018, have virtually overtaken oil revenue. These assertions rest on a flawed understanding of the dynamics at play. By constitutional mandate and formula, revenue from oil is collected by the federal government and shared with all the states. That is not the case with export earnings from agriculture. Moreover, technology has remained the main driver of oil production ever since the first oil exploration in Pennsylvania in the late 19th century. Presently, advanced technology is also the prime driver in the evolving shale revolution. Thus, technology and oil are co-joined drivers of economic growth.

Individual Nigerian families remain the primary beneficiaries of Diaspora remittances; and these resources are spent on business formation, health, education, housing, wedding, burials, baptisms, and other forms of extended- family support. Though increasing in volume, home bound remittances are informal and unregulated and hence inherently unpredictable; and no credible fiscal policy can be predicated on flow of remittances. They also rest on a paradigm of migration of some of the country’s best and brightest professional and skilled workers. Remittances are not shared revenue, but government is a residual beneficiary of remittances through possible accretion in capital account. Today, although oil accounts for 9 percent of the GDP, it contributes 90 percent of Nigeria’s export income and 70 percent government revenue. The compelling and real strategic challenge for Nigeria’s economic management is that there is no substitute on the horizon to oil as a source of export income and government revenue.

Another dissonance is reflected in how oil producing states are determined. Nigeria has 11 oil producing states, namely, Akwa Ibom, Rivers, Delta, Bayelsa, Cross River, Edo, Imo, Abia, Anambra, Ondo and Lagos. But pockets of oil deposit are believe to exist in states like Kogi, Enugu, Bauchi, Gombe, Adamawa, Taraba, Benue, Ogun and Borno. Yet some areas or states with oil deposits receive limited exploration attention. Recognized vicissitudes of Nigeria’s oil industry include huge losses from militancy and oil theft. Both result in huge loss of revenue. However, several states sharing contiguous borders have also experienced partial or total loss of derivation revenue and accruing benefits due to policy dissonance, and specifically through delimitation issues, and “arbitrary attribution of oil wells following the implementation of the Onshore/ Offshore Dichotomy Abrogation Act 2004.” At issue is the loss of revenue rights and prevailing ambiguities as to which federal institution can statutorily pronounce a state as “oil producing”. So long as these challenges and the attending dissonance remain unaddressed, Nigeria risks being trapped in the quagmire of extreme poverty amidst immense wealth and natural resources.

The nexus between non-deregulation of the oil sector and rise in subsidy costs is yet also another source of dissonance. Notwithstanding its ranking as the largest crude oil producer in Africa, Nigeria has remained heavily dependent on the importation of petroleum products to meet its domestic energy demands. A combination of circumstances – harsh operational environment and huge downstream divestment by IOCs – compels huge production costs that can only be offset by subsidization. Moreover, opaque government regulations and non-market-based pricing continue to impact the industry negatively. Sectoral divestments continue unabated. In 2016, ExxonMobil and Oando Plc respectively divested 60 per cent of their stakes in the downstream sector. Remedial efforts by the marketers, to shoulder the cost of importing petroleum products continue to be hamstrung by the Central Bank of Nigeria’s inability to meet forex demands routinely or through Special Market Intervention Sales. Based on its 2018 consumption pattern, Nigeria will expend some N746.79 billion in fuel subsidy in 2019. This is an average of N2.046billion daily with the consumption of 55million litres per daily. This is reflected in the disparity between the landing cost of fuel which is N171 per litre, with NNPC selling at N138 per litre and the independent vendors at N145 per litre, leaving the taxpayers to subsidize N37 per litre. This subsidy amount could be dispensed with through full deregulation.

The tardiness in the enactment of the Petroleum Industry Governance Bill (PIGB) is yet another source of policy dissonance, which has led to missed investment opportunities for Nigeria. The effort to articulate and adopt a new framework for governance of Nigeria’s oil and gas resources began over a decade ago. That effort initially focused on adopting a comprehensive Petroleum Industry Governance law that had four components, namely unbundling the Nigerian National Petroleum Corporation; Fiscal Framework; Host and Impacted Communities; and Petroleum Industry Administration. Three years ago, that bill was broken up into separate parts, with the current focus of the PIGB on creating four new entities to improve the efficiency and transparency of the proposed new entities. In reality, the bill which has been passed by the National Assembly and awaiting presidential assent has as its main objective the privatisation of the oil and gas assets. Moreover, at present, there is a growing divergence – and indeed dissonance –between the way oil and gas resources and solid mineral resources are managed. The stay of action by the President on the Nigerian Petroleum Industry Governance Bill may have a new justification – and indeed provides an opportunity for — a constitutional review on natural resources control and ownership, and for a harmonized national policy framework between oil and gas, on one hand, and solid minerals, on the other.

The desultory management of the environmental impact of oil exploration in the Niger Delta is another source of dissonance. Successive governments at the federal level have enacted a significant body of environmental laws to govern the conduct of oil companies and the management of their operations, with a view to mitigating the adverse consequences of oil exploration and production in that region. The magnitude of the problem has been captured in a report drawn up by “a group of independent environmental and oil experts have put the figure of oil spill, both onshore and offshore at 9 to 13 million in the 50 year period (1956-2006)” . To put into comparative perspective, “people living in the Niger Delta have experienced oil spills on par with Exxon Valdez every year for the last 50 years” The wreaked Exxon Valdez oil tanker spilled 262,000 barrels of oil in area known as Prince William Sound off the coast of Alaska in March 1989.

Several reasons have been adduced to explain the broad and persistent pattern of poor compliance and enforcement of environmental regulations in the oil and gas sector. These include lack of adequate funding for monitoring and enforcement activities; lack of technical expertise on a range of environmental policy and management issues; lack of adequate information on the environmental impact of the oil companies; overlapping regulatory responsibility for the oil industry; and the weak regulatory regime. However, the real reason for lack of vigorous enforcement of oil-related environmental degradation appears to lie elsewhere: it is in the structural limitation, stemming from the nature of the oil industry in Nigeria, in which the main foreign oil companies are operated as joint ventures with the federal government. NNPC is the institutional vehicle for the joint ventures between the multinational oil firms and the Federal government. NNPC—which is a Federal public enterprise — holds an average of 50-60 per cent in all the major foreign oil companies operating in Nigeria. The joint venture makes the federal government an owner. As an owner, the government seemingly has more interest in the revenue stream from the oil production than environmental protection. There is thus an inherent tension between the federal government’s role as an owner and as a regulator. Amnesty International echoed this observation when it noted that “the level of dependence of Nigeria on oil and the fact that the Nigerian government is the majority partner in joint ventures are fundamental problems which underpin regulatory failures” in the oil industry.

Federal government’s ownership of, and direct involvement in, oil exploration and production facilities ownership remain an aberration. Typically, federal systems of government are marked by sub-national level ownership and control of natural resources. Were Nigeria to adopt global best practices, its revenue from that sector should, at best, consist of royalties and associated tax regimes on the oil earnings from the sub-national level. However, Nigeria has made oil as its major revenue earner, as opposed to taxation. Be that as it may, only a total recognition and acceptance of the full implication of the plethora of dissonances that hobble the Nigerian oil political economy, and confronting then frontally, will lead to a paradigm shift in the ways such challenges are tackled. Despite the oil sector’s huge potentials, it remains a safe bet that until and unless there is a holistic deregulation of all petroleum products, dissonance causing challenges such as corruption, the proclivities of vested interests and politicization of oil policies will persist with clear consequences.

Otobo is a Non-Resident Senior Fellow at the Global Governance Institute, Brussels.