The Ruga policy is fraught with folly and falsities. It has unquestionable ethnic coloration; and its processes are bereft of full disclosure. Indubitably, Ruga is not your quixotic think-outside-the-box solution. 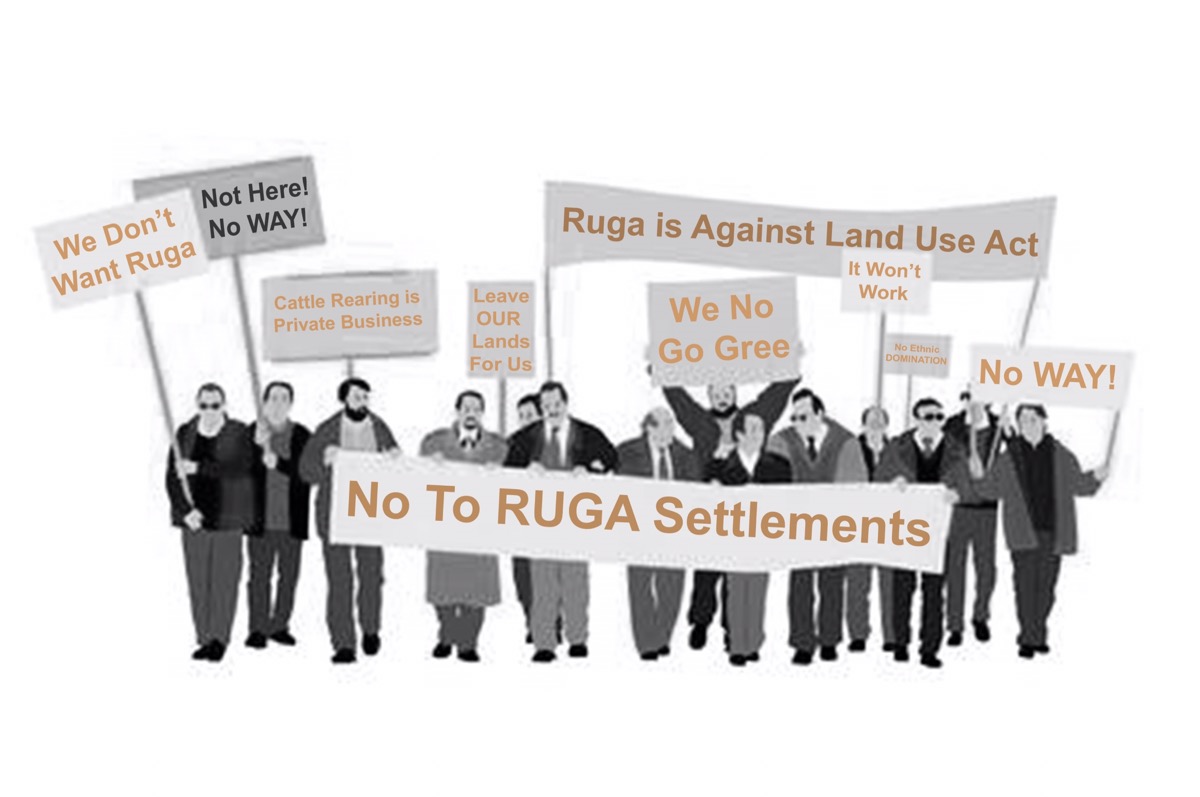 Public policies are made in the public and collective interest. Essentially, policy experts agree that public policymaking is a process and not a one-off event; it is thus “characterized as a dynamic, complex, and interactive system through which public problems are identified and countered by creating new public policy or by reforming existing public policy.” Where any policy is contrived to advance sectional or vested interests, that policy ceases to be in the common interest. And that is exactly where Nigeria finds itself, with the controversial Rural Grazing Areas (RUGA) herdsmen settlement. The folly and falsities of that policy are deep-seated and very polarizing.

What is perhaps ever more disconcerting, is the proclamation attributed to presidential spokesman, Mallam Garba Shehu, that “It is true that government at the centre has gazetted land in all the states of the federation.” The ensuing pushback has been correctly strident; and criticisms of the policy trenchant. That is as it should be. Across board, ethnicity and across party lines, State governors are repudiating the policy. They were not consulted and they did not acquiesce. Neither did the Ninth Assembly give it’s legislative imprimatur. It seems the Executive Branch seized on the twilight and gray zone created by the transition from the Eight to the Ninth National Assembly to insinuate the controversial policy into the realm of extant laws. Such subterfuge is condemnable in every regard.

If the intent and goal of the federal government in approving the Ruga settlements programme was to curtail the problems associated with open grazing system, that intention has backfired awfully. The allegations of a hidden agenda seem correct and valid. The specter of sectarianism is real. In theory and practice, every public policy ought to meet one of three definitional premises or a combination of two or all three to be efficacious. Hence public policies are essentially regulatory, distributive, or redistributive. The Ruga policy does not in any sense meet any of these parameters.

First, the Ruga settlement programme serves only those engaged in the business of cattle rearing. There is no indication of how it would dovetail into the needs of farmers, who have for long been in conflict with herders. It does not cater to any other sector or trade in the commerce or organized private sector. Shockingly, it does not have the buy-in of States and local communities where the settlements will be domiciled.

Essentially, the Ruga scheme is a preferential policy contrived by executive fiat, which will only serve marginal and sectional interests at public expense. No adjectival qualification defines such a policy slant better than the word, “folly”. Furthermore, Nigerians who are engaged on the matter now appreciate that the grounding premise, which is being masked as public interest is equally false. The way the policy is couched, hosting a Ruga settlement is not voluntary; it is decreed.

Theoretically, the Ruga policy does not pass the policy trajectory litmus test. While the insecurity associated with farmers-herders conflict has been discussed extensively and various panaceas sought, arriving at the Ruga Scheme as the singular and one-size fits-all solution, overlooks and indeed, ignores the essential stages of good public policy making, namely, agenda setting, policy formulation, adoption, implementation and evaluation. It seems clearly that the federal government summersaulted forward -in an hop-step-and-jump fashion – from agenda setting to implementation. Such policy rigmarole does not conjure confidence. It undermines trust; it raises more questions than it proffers solutions.

Beyond these observations, the federal government failed to convene town hall meetings to explore public reaction to such a divisive public policy. It also failed to call for the submission of memorandum from the public at large or interested parties, including public policy experts. Simply, the policymaking was not interactive. Yet it seems the FGN want to foist the policy on the people by all means. And the FGN seem to have forgotten that freedom is the Holy Grail of democracy. In a true democracy, you can’t force on people what they don’t want. Government policies are not entrenched by subterfuge.

Another critical missing component that negates this policy approach, is the absence of consultations within the three arms and three tiers of government. Seemingly, the decision on Ruga was done with military despatch. But this is a democracy. For most of the presumed hosting state and local  communities, Ruga is literarily and figuratively, a Greek Gift and a Trojan Horse.

Finally, in proposing to set up Ruga settlement, the “eminent domain” clause cannot apply. Neither can the provisions of the Land Use Act be contrived as applicable. The pertinent proviso, stipulates that the use of any land so acquired, must be for “public purposes,” which may include housing development, road and bridges, schools, hospitals, police and military barracks and recreation parks. Private land cannot be acquired in the public interest and devolved to private profit making enterprises. Ruga should be like the fiscal bailout. Only those states that need or want it, should get it.

The Ruga policy is fraught with folly and falsities. It has unquestionable ethnic coloration; and its processes are bereft of full disclosure. Indubitably, Ruga is not your quixotic think-outside-the-box solution. It is a bad policy that in the short to long term, will do more harm than good. From the pushback so far, the FGN ought to know by now that it must resile itself and rescind the policy – in the public and national interest.

Folly and Falsities of Ruga Settlements