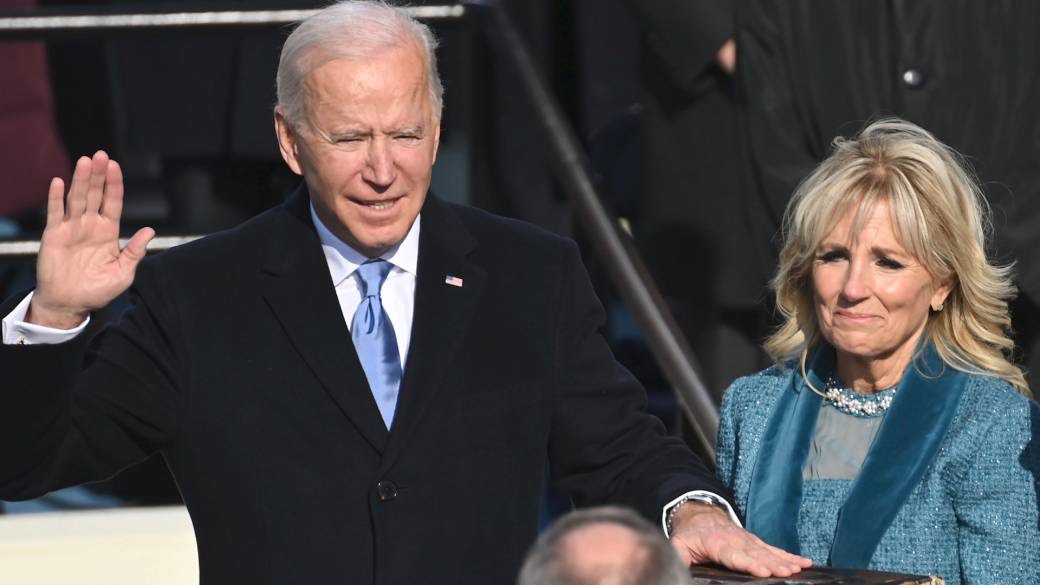 Geopolitical considerations are hardly static. Unceasingly geopolitics is remarkable for being dynamic. The inextricable nexus between countries, more so the superpowers and the rest of the international community in our globalized world remains a constant, despite real and perceived differences. Seemingly lightyears away from the erstwhile bi-polar world, hope waxes eternal.

And so it is, for the United States and the rest of the world, with the swearing in of Joe Biden on 20th January 2021 as the 46th President of the United States of America. Biden’s emotive inaugural speech was measured, uplifting and a salve on many wounded and hurt global mindsets.  He successfully reassured the world of his resolve to repudiate the grueling and agonizing four years of mistrust, foisted on the world by his predecessor.

In our forthcoming policy op-Ed, by Ambassador Ejeviome Eloho Otobo and I, titled “Biden’s Likely Policy Orientation Toward Africa,” we asserted that while the advent of the “Biden administration has generated much global interest” and “its implications for Africa are highly anticipated,” a “combination of domestic challenges could adversely impact U.S. disposition toward to Africa, but will not constrain its commitment to reassert its global leadership role.” That much is known. And that much is reality; but inevitable realty checks might offer variances.

Global expectations of Joe Biden in the post-Trump era remain exceedingly high.  That is understandable.  But even as a Panglossian optimist, Joe Biden is one man, albeit a very powerful man.  Despite his surfeit of empathy, compassion and collaborative bent, he retains the political, economic and military might of the U.S. at his beck and call.  His global world view, honed during many years of high political exposure, is as cogent as his empathy.  As a ranking world leader, his use of hard power and soft power will come in equal doses, and as U.S. strategic circumstances dictate.

Yet the World that has warmly embraced Biden on the heel of shewing off Trump, will not be vastly different from the World of yesteryears under Donald Trump.   Leaders change, but challenges and interests subsist. Thus, the extant global challenges will persist and permanent interests will endue. But first, U.S. will need to urgently fix its homegrown challenges before looking  outwardly.  There must be a solid balance between introspection and retrospection. First, U.S. must grapple with the universality of global terrorism, knowing that for her, ‘the enemy within’ is far more insidious and dangerous. The only difference,  is that past alliances built on trust are bound to return to the familiar, balanced and comfortable trajectory.   Relatedly, the era of foisted surprises wrought by Trump are now in reverse, despite residual blinkered loyalties. As I’ve hitherto underscored elsewhere, as “Trumpism goes into irreversible auto-reverse, the last four years should serve as infinite lessons for leaders, historians and sycophants about the endpoint and denouement of dysfunctional leadership.” That said, while indeed Biden will not underscore Pax Americana, he cannot gloss over it or abandon it entirely. What stands jettisoned is the “America First” mantra, but perhaps, not the “America First” spirit.

It’s gratifying that Joe Biden understands global pecking orders and priorities.  He has already enunciated his ranking of such challenges and the so-called “cascading crises” as he perceived them: the Covid-19 virus, climate change, growing inequality, racism, America’s global standing and an attack on truth and democracy. Surely, Biden will tackle these crises in their cascading order of priority, especially since these American challenges are inextricably linked to a multiplicity of global challenges.  Perhaps, as in the past, a return to normalcy will mean that if Washington sneezes, the world will catch a cold – and for good reasons.

Global Expectations Must Be Matched By Support

What the world owes the Biden-Harris administration is time and patience.   Time to settle down; and patience to pull back derailed and derailing global structures especially those pertaining to collective security and shared responsibilities.   Biden will also need ample patience to restore the trust deficit that Trump so easily amassed globally.  For now, Biden has made combatting the Covid-19 scourge in the U.S. a priority. But he must subsequently tackle how to make the Covid-19 vaccine available and affordable to the rest of the world. The specter, risks and broad implications of “vaccine nationalism” are far too huge to contemplate. The U.S. and other developed countries will ultimately remain at risk, insofar as the underdeveloped countries are not broadly immunized against Covid-19.

Contextually, the world according to Biden, will not be to far removed from the globalized world, which Presidents Bill Clinton, George W. Bush, and Barrack Obama confronted with some dexterity, but which Donald Trump singularly fractured and unapologetically so. In essence, his entrance reaffirms continuity of Obama policies, albeit one truncated for four hard years. As some Washington insiders have correctly asserted, the eclectic but mostly non controversial appointees are indicative of Biden’s “commitment to bringing in people who know what they’re doing at a time when we really need people who know what they’re doing.” The macabre dance between U.S. and Russia under Trump will cease. But U.S. Sino policies under Biden will essentially mirror Trump’s insofar as trade policies and South China Sea disputes are concerned. Accordingly, U. S. friends and foes can count on doing serious business with Biden. They can expect a modicum of consistency even at moments where “carrot and stick” options are on the table. However, states and non-state actors that might try to “mess” with Biden and the U.S., will be accorded the “shock and awe” that is the enduring resolve skillset of U.S. as a global superpower.

Going forward, prevalent daunting realities and the need for circumspection remain overarching considerations worth bearing in mind.   America’s national and strategic interests will not dissipate because of the regime change in Washington DC. U.S. core values, even if perceived from the prism of defrocked Trumpism – will in the long run still dictate Biden’s responses to global realities.  While Trump canvassed insularity, Biden would under similar circumstances, advocate introspection without causing offense. As such, the prevailing expectations, will not in many instances,  be what it should have been. But that in itself, is political reality in this day and age.